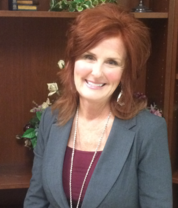 In 1998 Evangelist Shannon Liddle received her ministerial license and ordination. She immediately began preaching in churches, woman’s conferences and eventually national and international television. The fiery prophetic evangelist ministers within the power of the Holy Spirit through faith, love and wisdom.  Many have received tremendous healings and deliverances through her ministry as the Lord continues backing His word with signs, wonder and miracles.​
‘
’                  " I have been preaching the Gospel since 1973 yet, I received something profound and
life transforming while listening to Evangelist Shannon Liddle”
-Pastor Don Aldridge, Church on the Move

"Three women received major healings from long term illnesses after Evangelist Shannon Liddle
prayed for them during her meeting. She has a heart of humility but ministers with tremendous boldness!”